Both Bollywood and Hollywood’s queen Priyanka Chopra, who is very active on social media, dazzled with her new hairstyle and the picture has received much love from fans.

Priyanka’s new hair style is winning the the hearts of her fans within very less time.

The actress, who is married to US singer Nick Jonas, looked stunning in the latest picture.

Later, on her Instagram Story, Priyanka Chopra revealed that she embraced the new hair look for a live Instagram session with TIFF.

In another story, she wrote, “In Hollywood, and everywhere around the world, females need to be pushed into powerful roles, and that’s the only way to be able to get to the place that we want to be.” 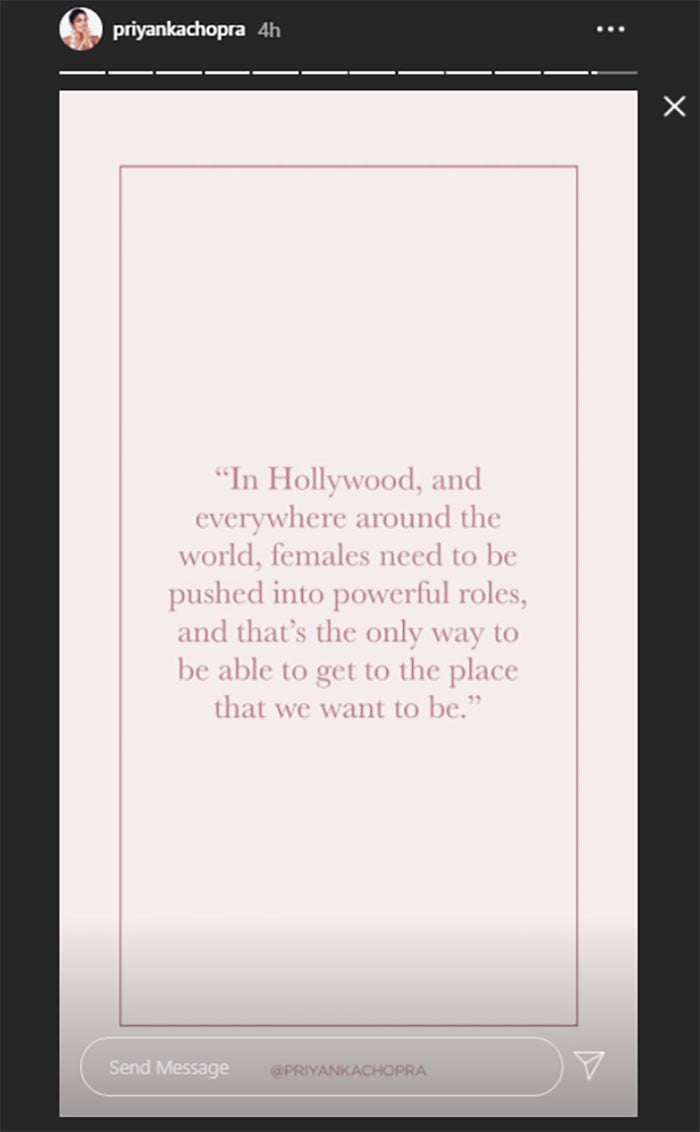