Since Noman Ijaz has left Twitter ablaze after proudly admitting of having extramarital affairs and ‘cleverly’ hiding them from his wife, several celebs and netizens bashed the actor for cheating his wife.

However, Noman Ijaz’s wife, Rabia Noman has come out to support her husband for his latest viral statement. 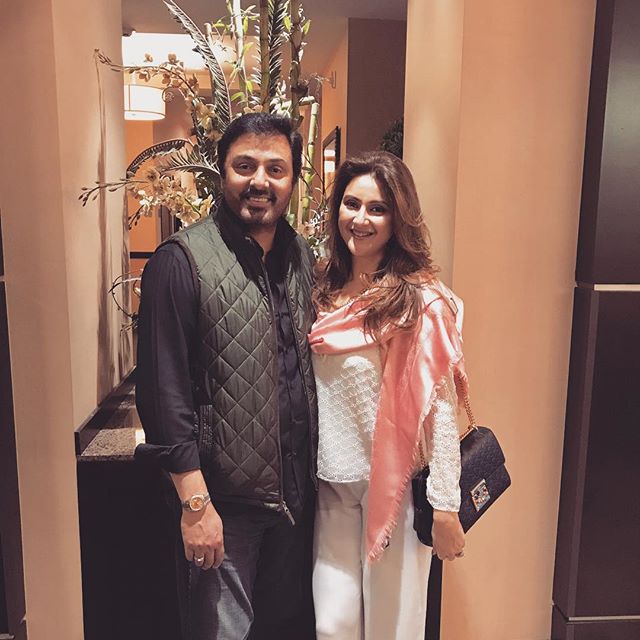 Rabia Noman says that people are taking it wrong and his response was sarcastic to the stupid question asked by the host.

She shared a screenshot on her Instagram story which said, “I watched the full interview. This is taken out of context. It seemed to be a sarcastic response to a ridiculous question. I had the pleasant surprise of meeting Mr Nauman, with his beautiful wife and eldest son, for the opening of the movie, Cake. My mother and I were nobody important at this event. Mr Nauman took the time to engage in conversation with us and, introduce his family to us. He seemed to be an intelligent, sincere and humble person. He is a great actor who will overcome this trivial nonsense.” 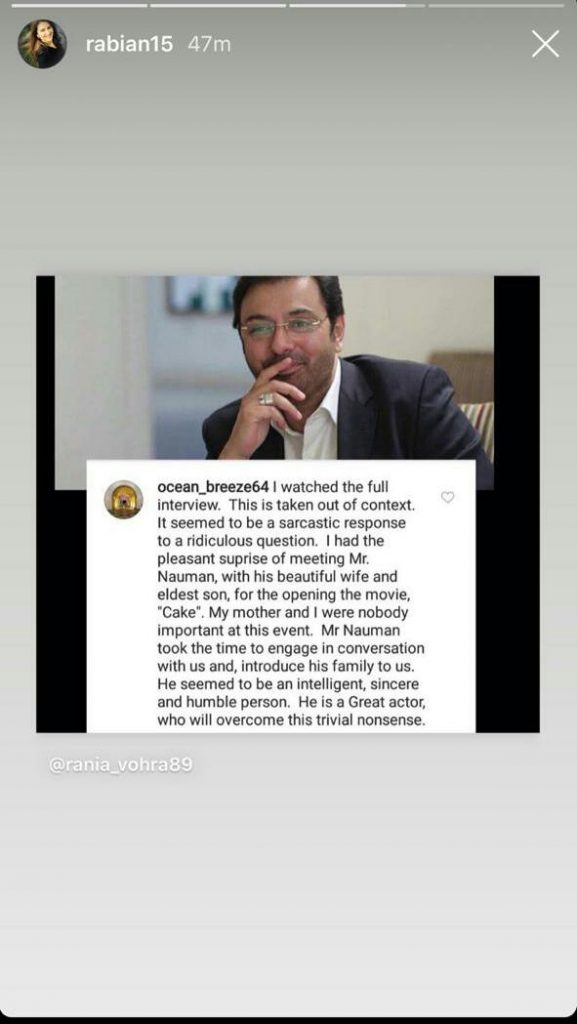 Earlier, in an interview with Iffat Omar, the actor had spoken about love and betrayal and confessed that his wife is oblivious about him cheating on her.

However, Noman Ijaz had faced heavy backlash from netizens over the contentious statement given by him.