Pakistani actress Mahira Khan raised her voice against the horrific rape incident at Lahore Motorway by sharing a Manto’s quote on her Instagram story. 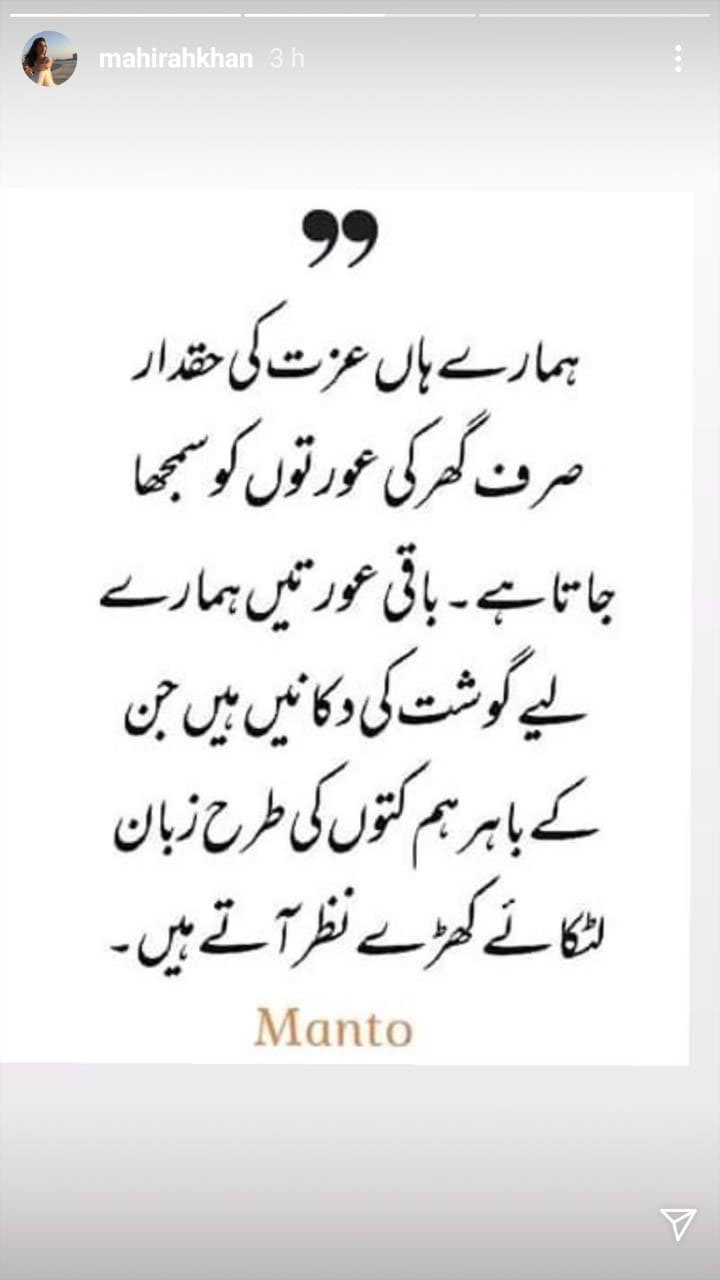 On Tuesday, it was reported that two robbers have gang rapped a mother of two on the Lahore- Islamabad motorway in front of her children.

The woman, along with her two children, was driving to Gujranwala in her car when she was forced to stop at the Gujjarpura section of the motorway after running out of fuel. She immediately called a relative and sent him her location. He asked her to also dial the Motorway Police helpline 130 from which she reportedly received no response.

In the meantime, two robbers approached the car, broke the window, and took the woman and her children to nearby bushes where they raped her repeatedly in front of the children.