A call to boycott Netflix has sparked over the French coming-of-age drama Cuties (in French, Mignonnes), directed by Maïmouna Doucouré. Cancel Netflix call has been launched on social media, over claims that its young stars were portrayed in a sexualized way.

More than 200,000 tweets with the hashtag #CancelNetflix became the top trending topic amidst Cuties controversy.

However, former Pakistan’s showbiz star Hamza Ali Abbasi has made his Netflix subscription cancelled over the ongoing Cuties controversy.

Cuties is the story of an 11-year-old Muslim Senegalese immigrant named Amy who moves into a housing project in Paris. While her family encourages her to be modest and obedient, Amy befriends a group of outspoken girls who form a dance troupe in order to gain popularity on social media.

On social media, accusations that the film promoted the sexualization of children were swift and vicious.

Netflix was accused of promoting pedophilia. A number of petitions were started online to have the film removed from Netflix, while others threatened to cancel their subscription to the service if it wasn’t. 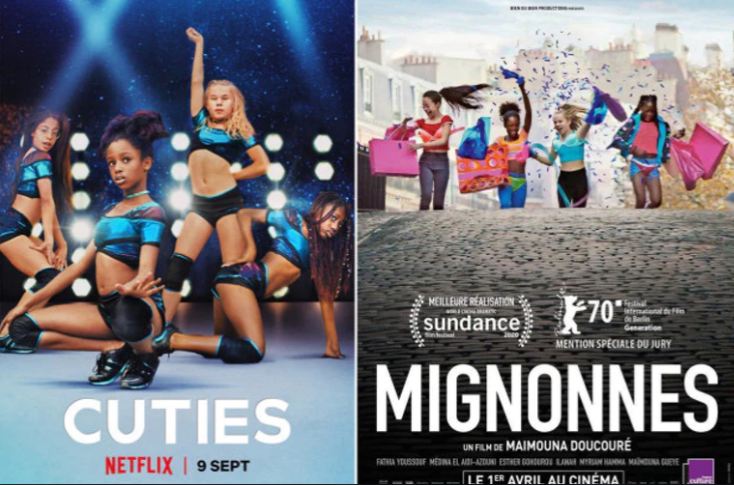 Moreover, Netflix quickly apologized for the poster, admitting that it was not representative of the film. Netflix CEO Ted Sarandos even called to personally apologize to Doucouré.

Netflix updated the image on their service to match that of the original poster; the new description reads: “Eleven-year-old Amy starts to rebel against her conservative family’s traditions when she becomes fascinated with a free-spirited dance crew.”

We’re deeply sorry for the inappropriate artwork that we used for Mignonnes/Cuties. It was not OK, nor was it representative of this French film which won an award at Sundance. We’ve now updated the pictures and description.