As the historical Turkish drama series Dirilis: Ertugrul gained popularity in Pakistan, many of its cast members became the new face for various Pakistani brands.

It all started with the main leads of the drama; Engin Altan Duzyatan and Esra Bilgic.

Today, one of the most famous Pakistani designer Maria B. uploaded a new picture with Dirilis: Ertugrul cast member, and he is none other than Nurettin Sönmez, who played the role of Bamsi in the Turkish drama series.

The designer herself uploaded a selfie with the famous Turkish actor. Have a look! 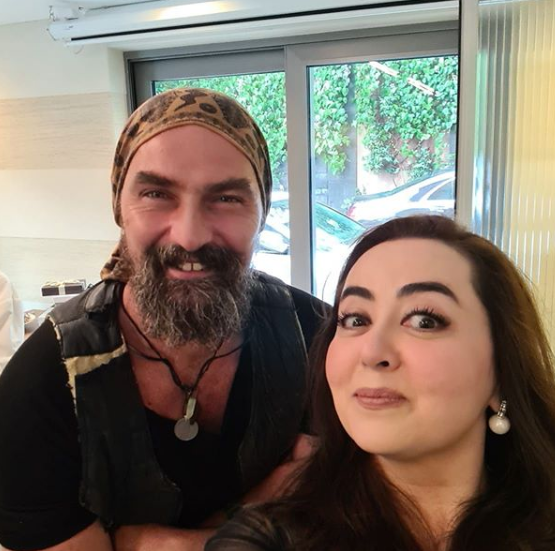 Earlier, the Pakistani designer Maria surprised her followers and Didem’s Pakistani fans when she shared photos and videos with the Turkish actress. She is currently in Istanbul, Turkey for her winter Linen campaign’s shooting.

25 thoughts on “Ertugrul actor is now working with Pakistani brand?”