Engin uploaded a monochrome picture wearing a hoodie with a jacket. His charming smile has stolen the hearts of his fans from around the world.

Have a look at Engin’s latest photo.

Many of his fans filled the comments section with their love and affection in just an hour of its upload. 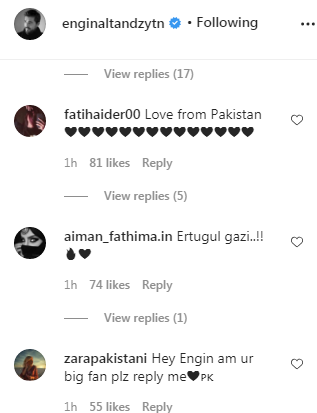 It should be mentioned here that the Turkish actor will visit Pakistan on a three-day visit from October 9 to 11.

According to the press release, organizing the trip in collaboration with official Turkish broadcaster TRT, a three-day star-studded tour ‘Jashn-e-Ertuğrul’ from 9-11 October will bring Altan face-to-face with his fans across Pakistan.

Engin will meet his fans in Karachi, Lahore, and Islamabad. The Turkish epic star will hold an exclusive on-stage question and answer sessions.